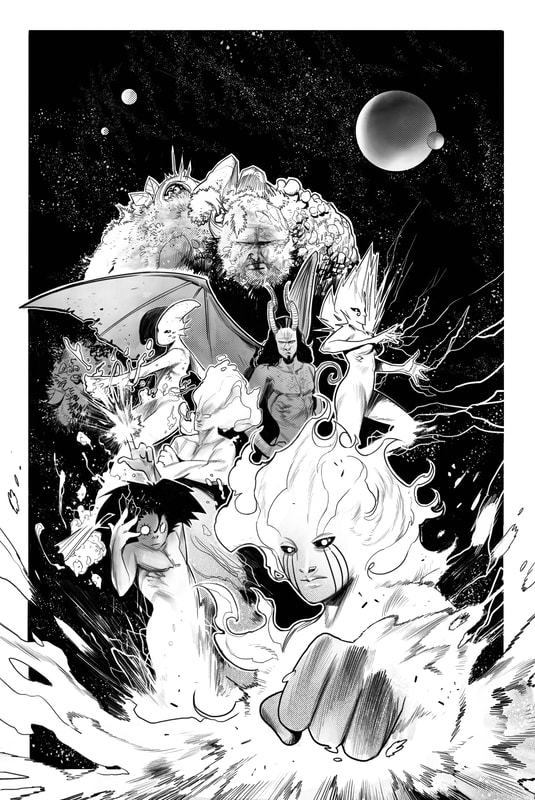 This cover represents the culmination of months of hard word and dedication by all people involved.
Mattia's manga-like linework and inks bring a unique flavor to this western-styled comic book cover, and his layouts and poses give it a dynamicity like you've rarely witnessed in indie comics and probably comics in general!

Carlos' colors bring it all to life in a sublime way. His mastery of coloring is visible in how he's able to further elevate an already incredible artwork. But he goes beyond and adds an insane amount of shading and brings out shapes that weren't even there before, creating more depth and a vibrancy a very few colorists are able to match.
​

As for myself, the creator, you can see below my version of the cover which I had drawn at some point in early 2019.
Of course, it doesn't compare AT ALL to my creative team's final version, but it is worth mentioning that it was used as a reference for character designs and the final cover layout.
​ 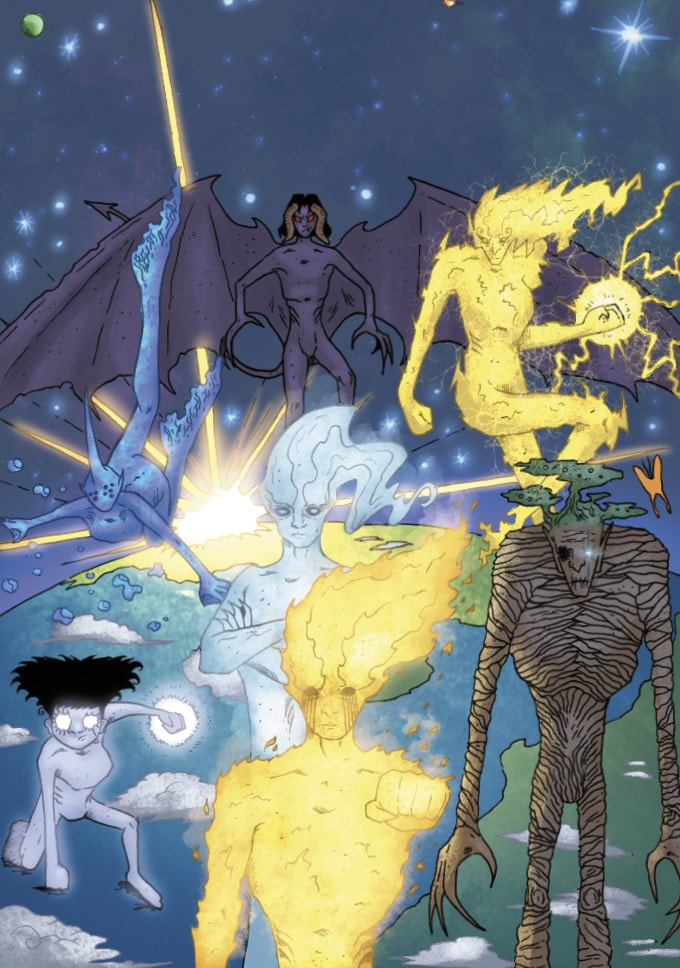